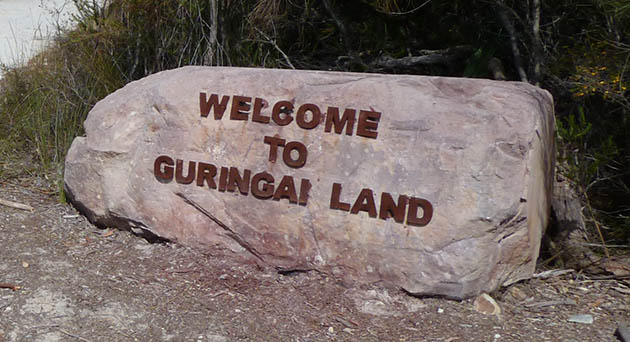 uringai (Kuringai) speakers are thought to be the original inhabitants of northern Sydney and the inner eastern Harbour regions. Guringai-speaking clans of about 40 to 60 people were made up of smaller extended family groups of perhaps a dozen people.
Guringai speakers (some of whom called themselves by the clan names below) met the first fleet when it arrived in 1788 and they were the first Indigenous people in Australia to resist Phillip’s fleet. They inhabited the north shore of Sydney Harbour, living along the coast from Kirribilli then north to Manly up along the northern beaches to Broken Bay and as far as Wyong. Inland they extended to the Lane Cove River. The word for man or person is kuri (Koori) and kuringga, the possessive means ‘belonging to kuri’. Ngai (ng/guy) means ‘woman’. Within the language area were many tribal names such as Garigal, Gayamaygal, Gai-mariagal and Borogegal.
Some of the clans in the Guringai speaking areas
The Cameraigal were considered by the first fleet author Collins as “by far the most numerous tribe of any within our knowledge” (Collins 1975, p. 453). Richard Hill of the Aborigines Protection Board wrote that the “Cammera” people extended from the northern part of Sydney Harbour, “say from North Head to Lane Cove River or estuary, right away north to the Hawkesbury, and away east to the sea coast” (Hill and Thornton 1892). Cammeragal, therefore, seems to have been a collective name for a strong alliance of clans on the north Harbour of Port Jackson.
In the Harbour area of Port Jackson, people may have called themselves Eora and the name for man or people was ‘mulla’. This was recorded in vocabularies by Phillip Gidley King, William Dawes, John Hunter and Daniel Southwell. Recent research suggests that ‘Eora’ did not signify a definite clan or group. The consensus among linguists is to describe the language spoken in this region as the Sydney language as suggested by Dr Jakelin Troy. (Troy 1994)

WE ARE ON ABORIGINAL LAND

We celebrate Aboriginal (Koori) heritage, culture, history, sites and stories and wish to share this place with all visitors and local inhabitants. Join us in respecting the natural environment, elders and our ancient Aboriginal culture. 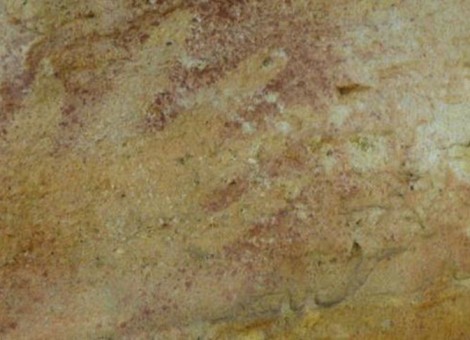 The diverse Aboriginal clans that occupied this area are: Guringai, Darug, and Gai-mariagal. Each clan or nation celebrated shared custodianship of sites, ceremonies, Dreamtime and food gathering. Today, this area is home to many Aboriginal and Torres Strait Islander people from all over Australia. We can all embrace the custodianship of this beautiful place.
Aboriginal people have lived in NSW for 40,000 years.
The earliest period for human occupation in the Sydney region is radio carbon date 14,700 BP (before present)
On the northern beaches, between 10,500 and 6,500 years ago, Aboriginal people moved to higher ground as the sea level rose.
Angophora rock shelter has evidence of human occupation dated to 2,500 years ago. It has precious middens and fire hearths that contain hundreds of artefacts and animal evidence.
Northern beaches sites include: Burials; middens of shells, stone artefacts, animal and fish bones; rock engravings, drawn and stencilled art in rock shelters
Archaeology and site protection: In NSW, all Aboriginal Archaeological Sites as well as Aboriginal Places of Cultural Significance are protected by government legislation. It is illegal to destroy or damage sites or objects. Please help us to preserve these sites.

© 2018 Budawa Aboriginal Signage Group ICN8216. All rights reserved. ABN 53 573 397 972
BASG acknowledges the traditional owners of the lands and the waters of this area